During Inquiry in Year 3, we have been learning to think like scientists. We have learnt how different materials can heat and freeze under different conditions. We have experimented with materials like water, oil, chocolate and plastic. We have written scientific reports about different experiments. During this unit, we have learnt scientific words that scientists would use. Some of these include: opaque, hypothesis, absorb and variables.

In our most recent experiment we have filled two plastic cups – one with 100mL of boiling water and one with 100mL of ice-cold water. We then put them into the freezer and timed 1 hour and 30 minutes. Our aim was to see which type of water would reach freezing point first! 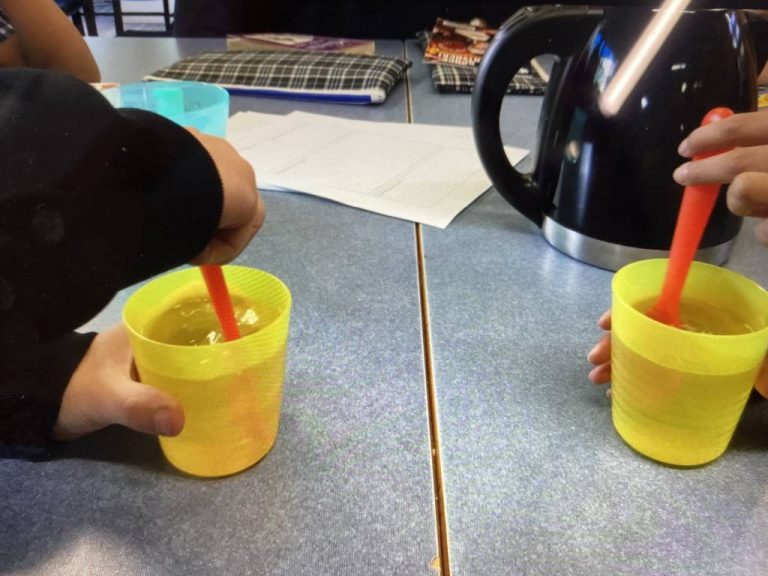 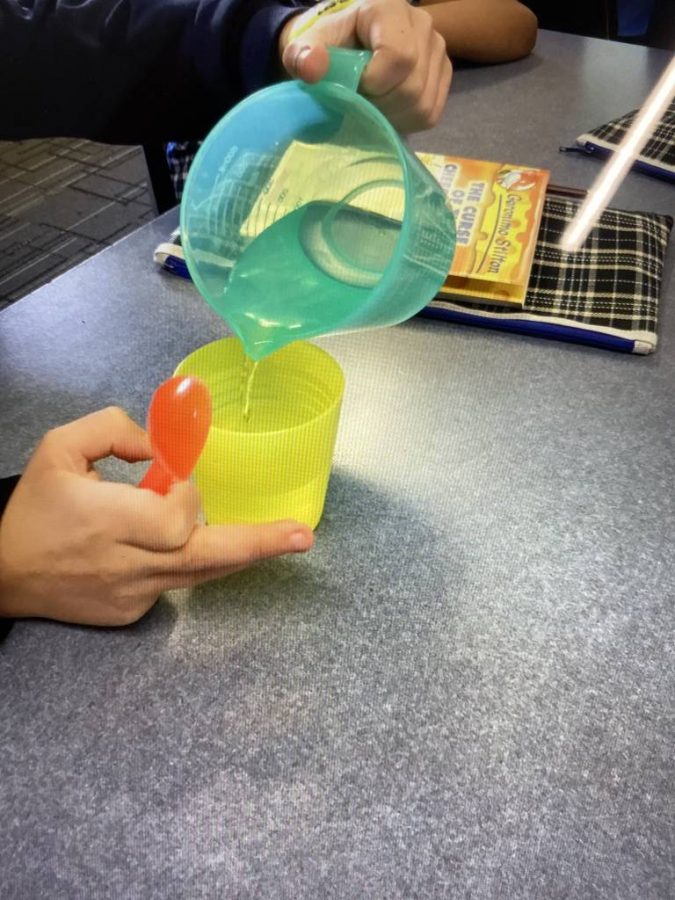 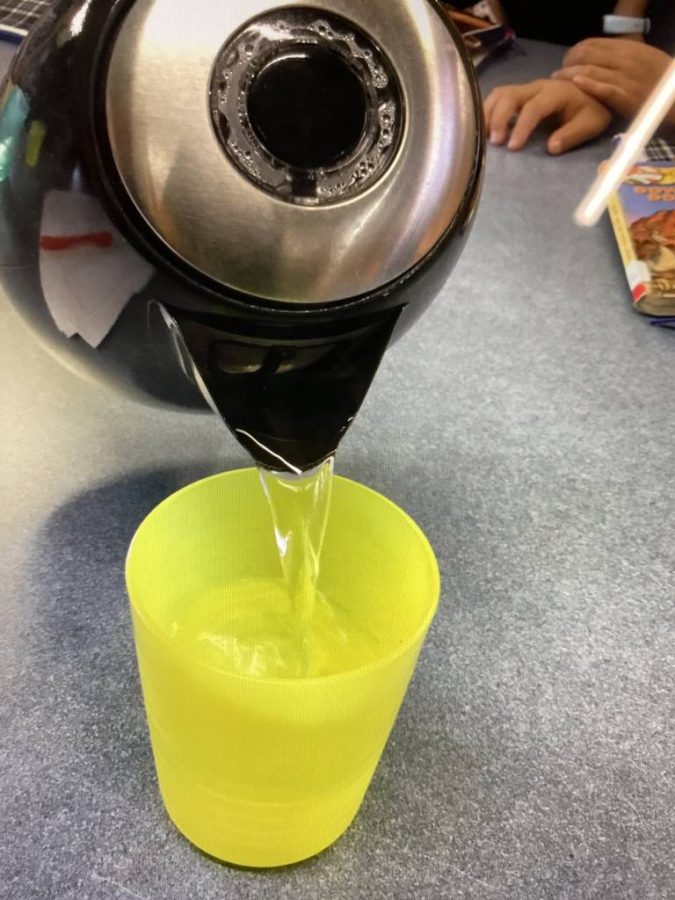 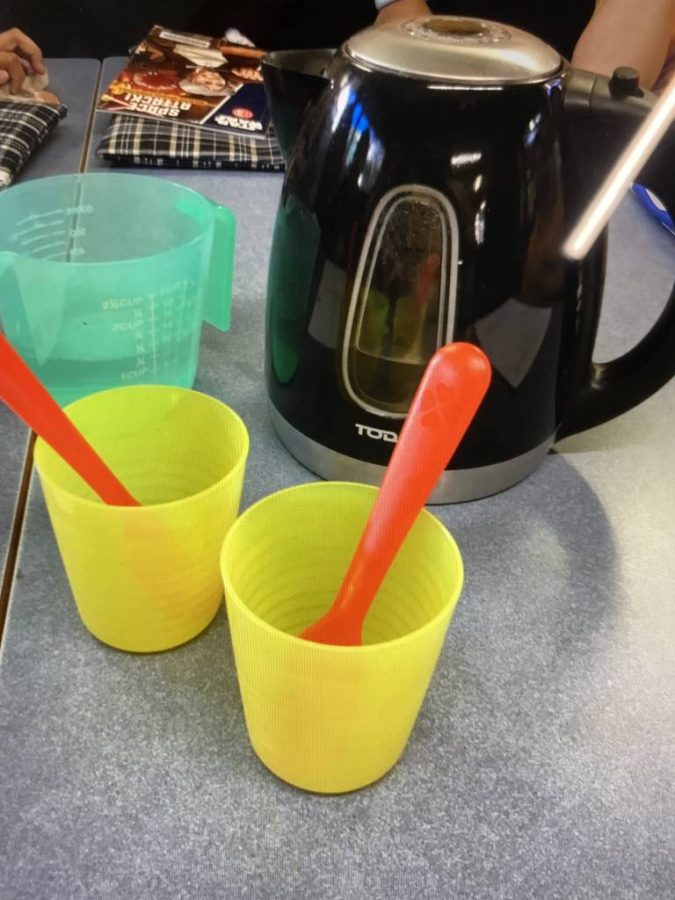 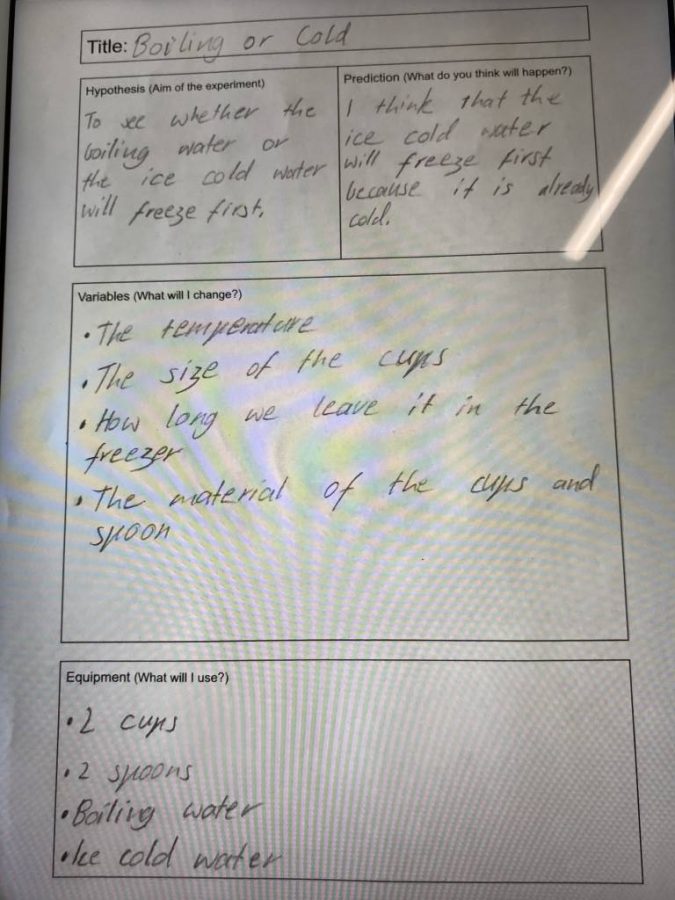 In our group we were learning about force and movement. We went around to different surfaces to measure the force of friction on a toy car. The surfaces we measured the toy car on was fake grass, concrete, decking and the carpet. We found that the toy car travelled the furthest on the concrete surface. I think that it travelled the furthest because the concrete is the smoothest. We also times the car until it stopped and found that the toy car travelled for the longest time. I loved this activity because I learned about friction and force! 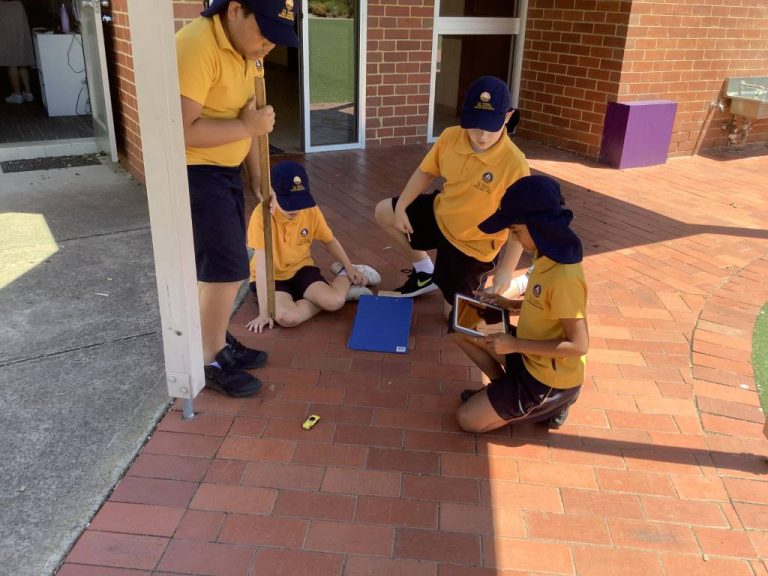 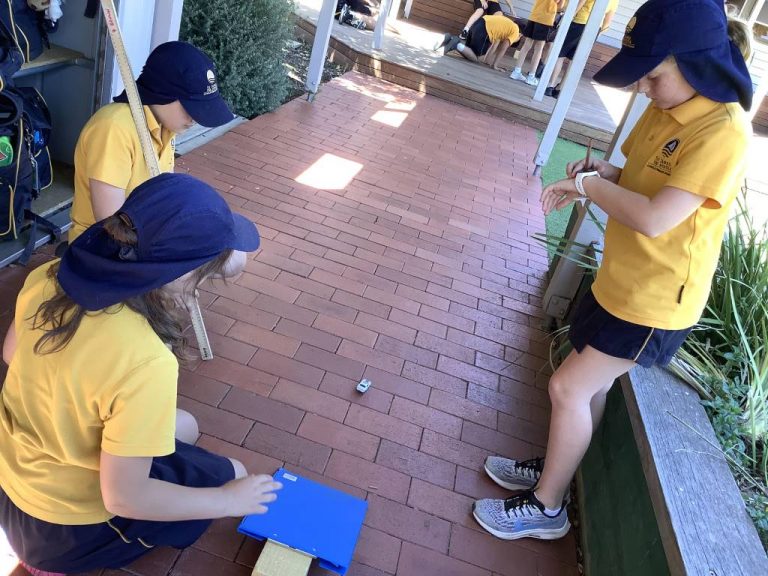 In our group we used a toy car to see how far the car would travel on different surfaces. The surfaces were artificial grass, carpet, pavers, concrete and the decking. We learnt that different surfaces have different amounts of friction. We placed the toy car at the top of the ramp and measured how far it travelled and time it took to stop. We found that the car travelled the furtherest distance on concrete and the least distance on fake grass. This is because the artificial grass had more friction than the concrete, as it is smoother. We also found that the car travelled the same distance on carpet as it did on the fake grass. We did enjoy this activity because we got to work outside and with different people. We both found that we were great at this experiment as well!

In our group we had a variety of different objects. We had to find out what would happen when we used a magnet underneath the table to try and move the objects on top. We discovered that there is a north side of the magnet and a south side of the magnet. We found that the south side of the magnet is much stronger than the north side. This was a really fun activity because we got to experiment with different sizes and types of magnets. We also used a Magnet File to help move tiny particles inside a container. Overall we learnt that magnets do not attract to everything or the same objects. We also learnt that magnets have an invisible force! 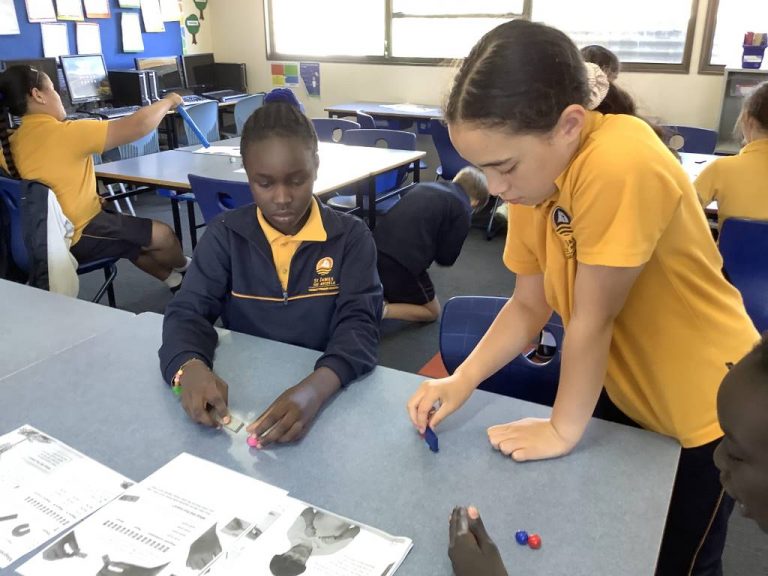 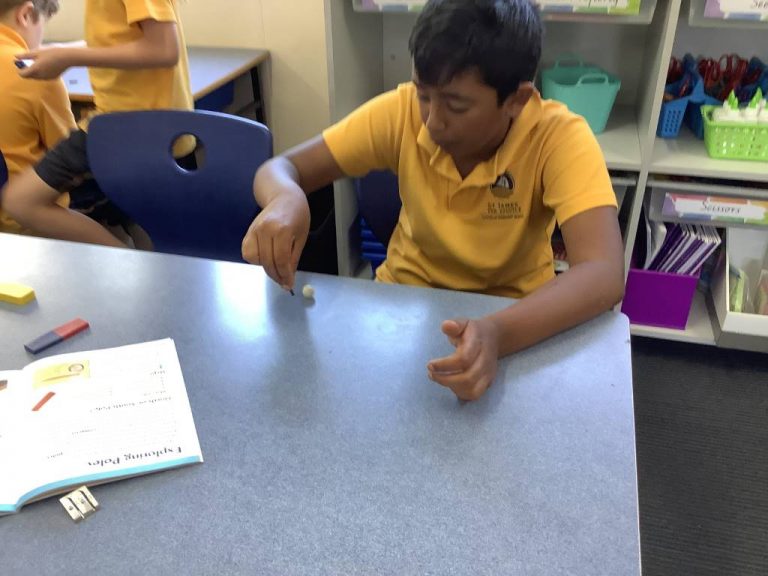 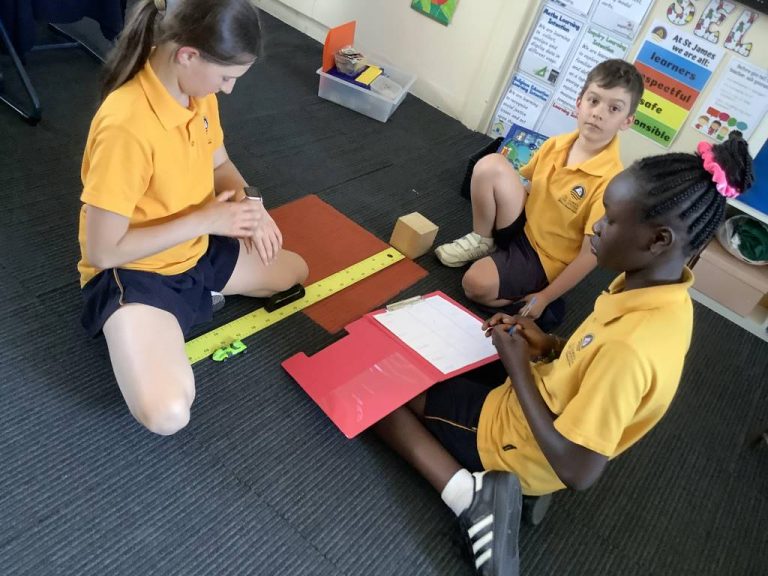 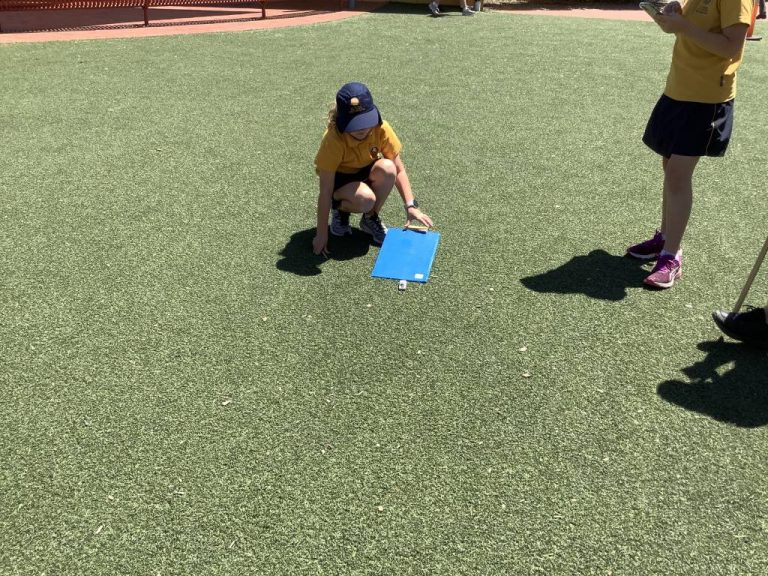 In Year 5, we have been learning about chemical science and using our scientific brains to make predictions and observe any changes that occur when reactions happen.

Our group decided to investigate whether a celery stick would change colour when placed in a liquid. To test this, we put water, celery and food dye in one container, and oil, celery and food dye in another. To make it a fair test, we made sure that the size of the containers, and the amount of liquid in each was the same. We put similar sized celery sticks into each container at the same time. To test our hypothesis, we used oil for one liquid and water in the other. We discovered that the food dye, mixed in with the water and it was absorbed by the celery stick. The food dye did not mix with the oil, and it just made the celery stick soggy. We think this is because the oil is thicker than the water. (Alyssia)

Our group decided to investigate what would happen to slime if we put it into cold water, and if we put it into hot water. To test this, we put the slime into two cups and then we added hot water to one of them and cold water to the other. To make it a fair test, we used the exact same ingredients for the slime. We also used the same sized cups and added the same amount of water. The only thing that we changed was the temperature of the water. We discovered that at the start, in the cup that had the cold water added, the water simply sat on the top of the slime. The cup that had the hot water added, reacted quickly with the slime and made it go bubbly and fizzy. (Regina and Yohanna)

Our group decided to investigate what the effects of butter, air and water would be on the melting speed of an ice block. To test this, we filled two containers, one with butter and one with water. The third container we left to fill with air. Every ten minutes, we observed the ice blocks that we had placed in each container. To make sure that the test was fair, we used the same sized containers and the same sized ice cube for each. We also made sure that the level of water, butter and oil were the same too. The only thing that we changed was the type of matter we placed in the containers. We discovered that the ice cube that was placed in the water melted the fastest, followed by the butter, and then the air shortly after that. We think that this is because the water heated up the ice. (Dulain)

Our group decided to investigate what would happen if we put bath bombs into three different liquids. To test this, we placed one bath bomb into water, one into oil and a third into vinegar. We waited to see what would happen after 5 minutes. We noticed in the water and in the vinegar, the bath bombs started to dissolve. This happened faster in the vinegar than in the water, but we realised that we probably needed to use more liquid to see a more dramatic reaction. The bath bomb that was placed in the oil acted like a sponge and seemed to absorb the oil. It changed colour slightly. (Dean and Alana)

Our group decided to investigate how long it would take for eggs to become bouncy if we put them in vinegar. To test this, we filled 5 cups with an equal amount of vinegar in each. We placed a similar sized egg in each of the cups. The only thing that we changed was the length of time that we left the eggs in the vinegar. We decided to drop one egg each day from a distance of one metre to see if it would bounce. So far, we have discovered that the eggs began to feel more like rubber with each day that has passed. Each day, the eggs look like they are expanding a little. We think that this might be because the shell is reacting to the vinegar. After two days of testing, we have discovered that the eggs will still smash if dropped from the same height. (Scarlett)

There’s been a focus on animals in the Year 3 Learning Community, with learners inquiring into questions around the biological sciences.

Taylah and Miranda have explored how animals and plants have changed to meet their environments.

Science has also been a focus for learners in the Year 2 Learning Community. They have been exploring how we can use materials in different ways depending on their properties. There’s been a lot of experimenting around sinking and floating! Some of these experiments were shared online. 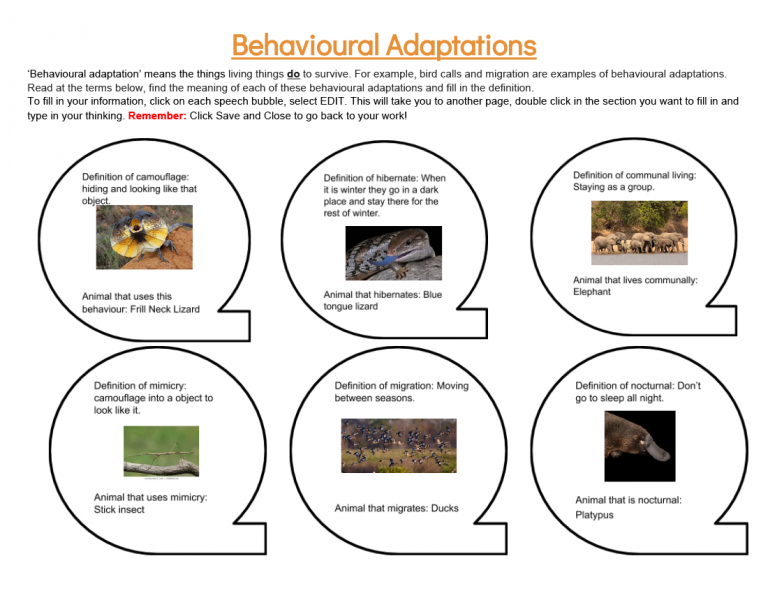 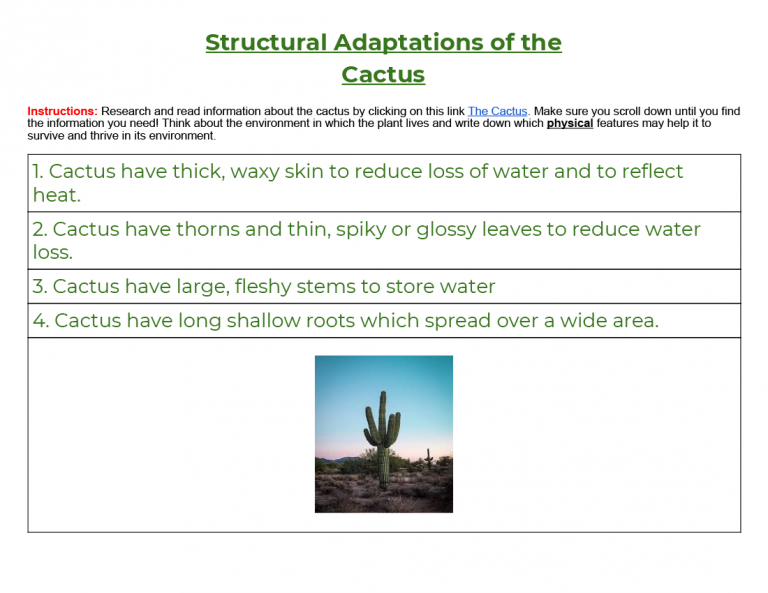 We are very curious at St James!

Across the school we have been very busy wondering and finding out. We have been developing our researching skills and making connections with our own experiences.

In the Prep Learning Community, the children have been learning to demonstrate kindness, treat others respectfully and generate strategies for problem solving. We know that our actions and words have an effect on others and that we need to be mindful of others.

In the Year 3 Learning Community, the children have been doing a lot of work on emotions and self regulation. They have also recorded how they feel throughout a school day and how working together is beneficial. They have self reflected on their own journey, trying to visualise where they are in regards to what they are learning – The Learning Pit. The main focus is for the students to understand that learning is a journey and that there are ups and downs to that journey. Sometimes we might feel in the pit and then get out, but we might get back in the pit because we realise we haven’t finished learning. We have tied this learning in with having a growth mindset – if we are in the pit, there are some things we can say to ourselves to assist us in getting out and keeping us on track with our learning.

The ‘Taking Action’ project is to create an advertisement to share what they have learnt and to share the importance of using the Learning Pit and the Growth Mindset to other children.

In the Year 6 Learning Community the children have focussed on working as a team and how to achieve together!

The students also went to the Australian F1 Grand Prix to help deepen our understanding of STEM (Science, Technology, Engineering and Mathematics). They had a chance to explore motion, sound and the mechanics of racing cars and so much more! The students were also lucky enough to see the F1 cars in action! 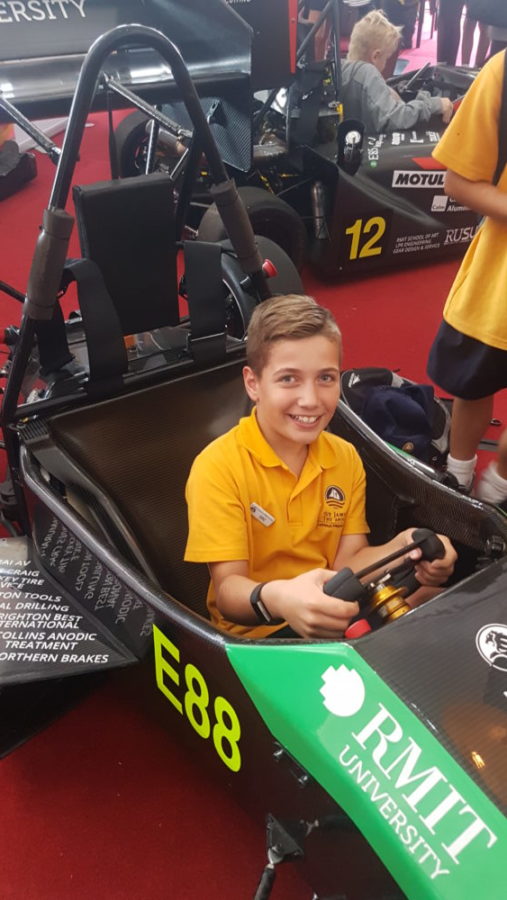 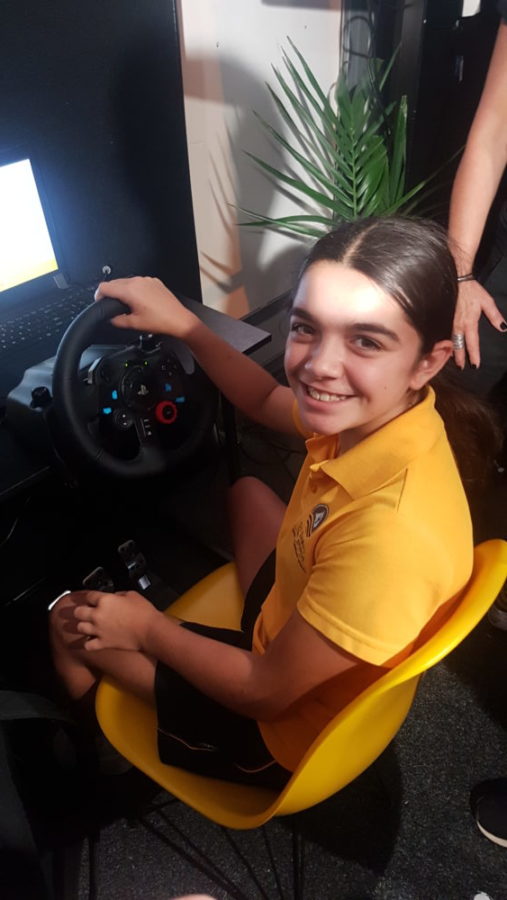 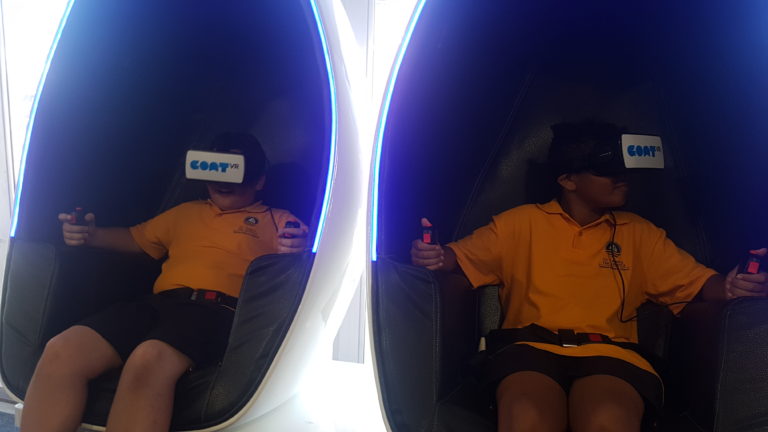 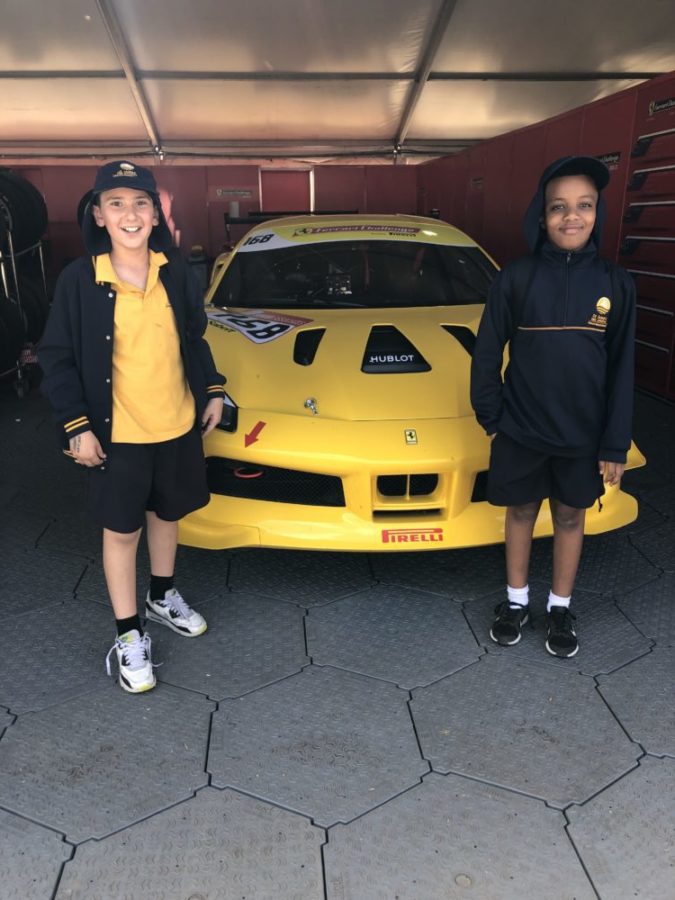 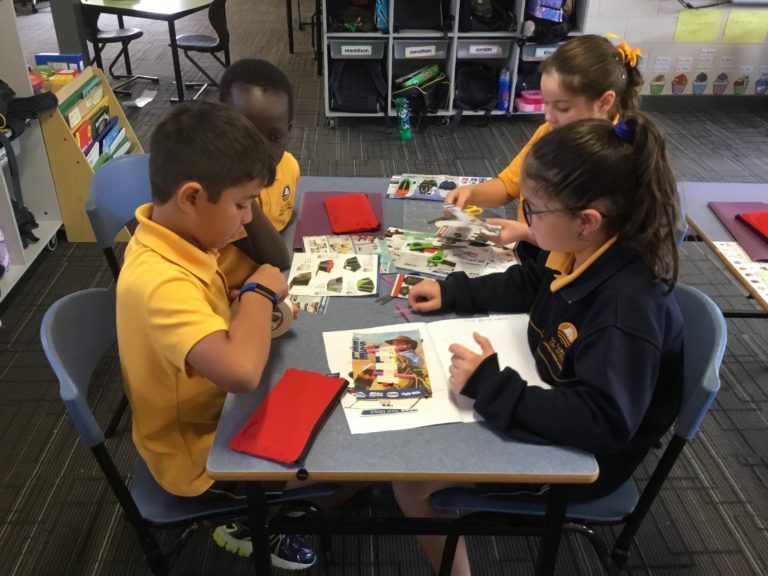 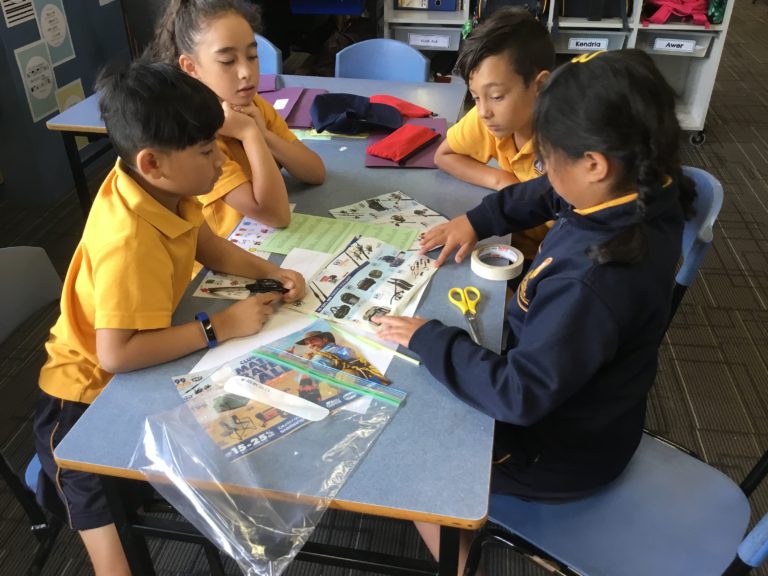 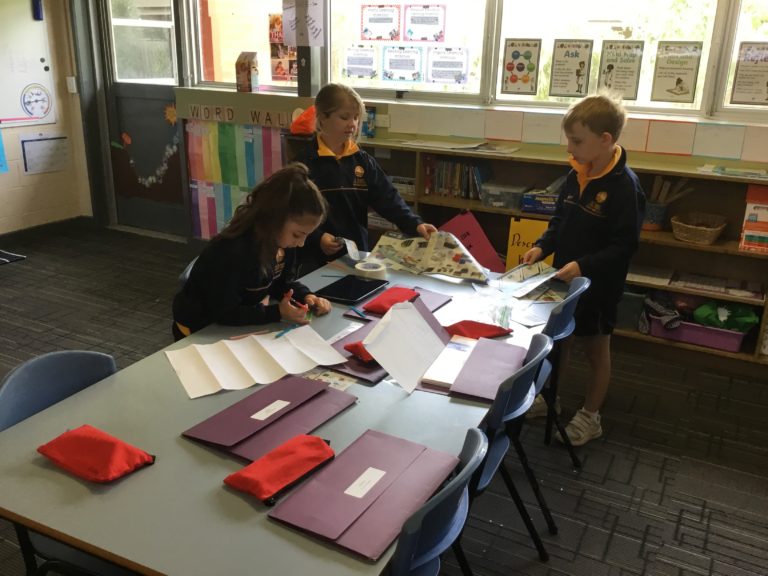 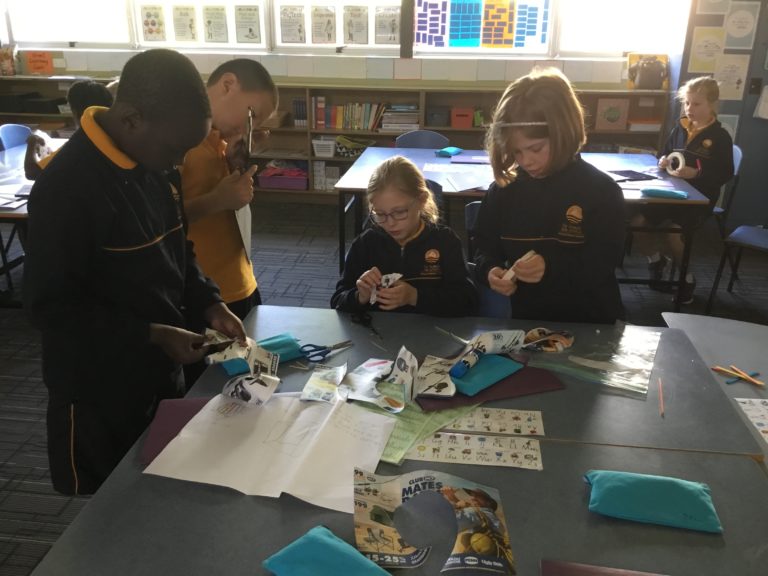 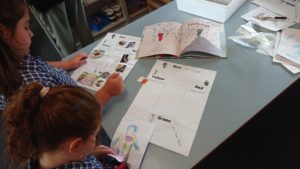 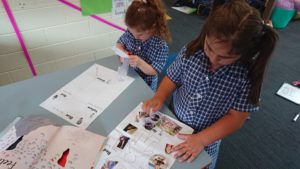